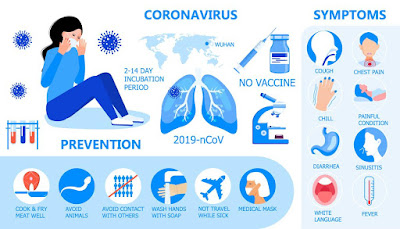 (you can find the original of the above HERE)


"I saw the decade in, when it seemed
the world could change at the blink of an eye
And if anything
then there's your sign of the times"
- Jesus Jones: Right Here, Right Now


It's Day 3, and among other things, the number of cases in Pennsylvania increased by something like 40 between lunchtime and 5:30pm today.  This is with testing results just starting to come in.  We also had the Governor of Pennsylvania declare that businesses have been forced to close today at 8pm.  From what I read in the order though, there are a lot of exceptions.  You can find the full list HERE.  More on that in a moment.

High drama?  When all is said and done, this is going to make Macbeth look like an episode of Mr. Rogers Neighborhood.

On a more contemplative note, Ms. Rivers and I were talking about how we would manage if one of us fell ill.  Right off the bat, there's something of a flaw in that logic, in that if one of us got sick, the other one wouldn't be far behind anyway.  Regardless, we are fortunate (in many ways) that our second floor has a kind of master suite to it that can be closed off and which has its own bathroom...and my office.  If it were me, well, just slide some Oreos under the door and I think I would be fine for 14 days.

Getting back to the news of the day, namely the Pennsylvania Governor's closing of businesses, I've officially learned that my employer is exempt under the order (we manufacture things out of purchased Steel...yes, that's how it's worded in the official guidance).  The jury is still out on Ms. River's day (and evening, and night, and early morning) job, although regardless of physical locations closing, she's more than capable of working from home for an extended period of time.  I'm personally relieved that my employer isn't impacted...not so much for me, in that we could weather an extended closing financially...but more so for those folks have less in the way of savings and more in the way of relative financial resources.  That's the thing, by the way, about growing up poor:  You never forget how it felt.


A Final Thought
On the above note, it's getting late and it seems like I've spent days in front of a computer screen.  That can't be good for me, but given the real danger faced by, say, healthcare workers, I have little room to complain.  I'll end this note by talking about heroes...real heroes...who are out there right now saving lives.  This includes just about everyone on the front lines of healthcare.  It includes public safety personnel who can't shirk away from those in need, pandemic or not.  It includes truck drivers and supermarket employees who are making sure that there is always something on the shelves.  Maybe one of the outcomes of this whole thing will be a recognition that sometimes heroes look suspiciously like normal people.

Be careful out there.
Created By Stephen Albert at 10:27 PM