In the old days, it was called "Employee Morale".  These days, the term of choice is "Employee Engagement".  Regardless of the words used, the underlying thought is this:  Employees who feel valued by their employer do better work for their customers.  Period.

I don't think anyone would argue with the above statement, but yet why is this such an issue for many employers?  Well, that's a separate posting for another day.  For now, I'm going to instead focus on a few ideas to actually improve employee engagement.


Become Fanatical About Clarity
People perform better when they know what they are doing and why they are doing it.  Why then is clarity such a challenge?  I think part of the answer lies in the old notion of "crap rolls downhill":  Your manager's boss doesn't provide him/her with clarity, so your manager returns the favor to their direct reports.

A Solution:  Everyone in the organization should become a fanatic about clarity.  If you're not sure what you're doing and why you're doing it, then become a pain the rear-end and demand it.  Social media tools like Yammer should be explored as a vehicle for employees to dialogue about the "whats" and "whys" of their jobs.  Employees who challenge the notion of "well, we do it that way just because" should be rewarded.  Every employee should be able to tell the story of what the organization does and why that thing is important.


Be Transparent
I'm in favor of a simple rule at work:  Assume information can be shared unless it can be proven beyond a reasonable doubt that it shouldn't.  Sharing, by the way, doesn't mean "send an email" either.  Granted that some things shouldn't be widely shared, such as certain aspects of compensation*, information that might compromise a sales prospect, and certain kinds of intellectual property.  Otherwise, I am for the outlandish idea that we shouldn't treat adults like children who "don't deserve to know" for the simple justification of "because".  The underly reason really isn't "because", by the way...it's actually "we don't trust our employees".  To that end, why would an employer hire people they can't trust?

(*) Let's stop pretending that employees never talk about how much they are paid.  They do.  Given that reality, while I don't favor listing individual employee compensation for all the world to see, I do believe that salary ranges by level/grade should be available for every employee's reference.  All of them, from mailroom clerk to C.E.O.


Coach Leaders on Emotional Intelligence
Emotional Intelligence (EI) is, in my estimation, a game-changer for leadership at all levels, from front line supervisor up to C.E.O.  Awareness of one's own feelings, exercising management over one's actions, recognizing emotions in others and building relationships are all key skills that every leader should work towards.  "Work towards" is a key phrase, as EI is less of a goal and more of an area of practice, making it an ideal element of any leader's development plan.

Ask (and be Transparent)
Engagement surveys, where an employer asks employees for opinions about their work/employment experience and environment, are a great idea that can yield tremendous actionable data for leaders.  There's a big "however" here, namely that the results have to be shared.  Simply letting them rot in an HR office, never to be seen or heard of again, will do far more harm than good:  You'll be telling employees that their opinions really didn't matter after all.  I'll add that failing to report engagement survey results is also just cowardly.  Oh, and you'll also create some conspiracy theories worthy of the Weekly World News. 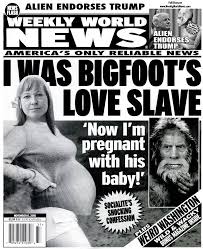 Ditch the Divisive Perks
I honestly think one of the things that kill employee engagement are perks and benefits that pit one group of employees against another.  If you are a senior leader or a highly regarded salesperson, for example, well, you get paid more; that's your reward for the job you do.  Piling on vacations with spouses thinly disguised as conferences, providing preferred parking, adding golf club memberships that allow for more than just closing deals or, one of the worst example I've ever seen...namely giving more senior leaders a far better vacation policy than the rank and file...all scream "you don't matter" at a volume loud enough for even the deaf to hear.  Again, I'm all for paying top dollar for top talent/performance, but I'm against "in your face" perks that effectively create a caste system in the workplace.

Created By Stephen Albert at 6:01 PM

Email ThisBlogThis!Share to TwitterShare to FacebookShare to Pinterest
Labels: Business, Business101, Me (Professional)