The Scranton School Board: Yes, It Can Get Worse

Apparently, the individuals who are responsible for solving the Scranton School District's significant fiscal and educational issues had trouble even agreeing on who should be in charge.  See THIS article.


"The annual reorganization meeting, where directors elect leaders for the following year, included five nominations for president. After directors tried to beat each other by shouting out nominations first..."
Yes, they can't even effectively organize themselves.
It's a mistake to minimize this story as being "that's just how these things go" or "you don't understand the process"; the Scranton School District is insolvent right at this very moment.  This is an emergency, decades in the making.  The Board doesn't have the luxury of, to be crude for a moment, "pissing contests" over who gets what title.  This is akin to the officers of the Titanic arguing over who gets to wear what hat while the ship itself is sinking. 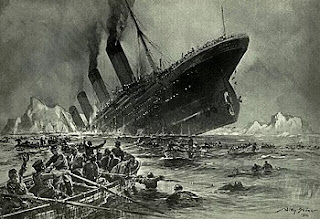 The taxpayers deserve better than this, but then again it's been the taxpayers who have elected successive and incredibly unqualified board members in the past.  While there has been some hope that new members would bring a degree of professionalism to the board, I can't get over the whole "...tried to beat each other by shouting..." aspect of this circus.  This is service to one's self...at the expense of the greater good...at it's very worst.

Created By Stephen Albert at 5:51 PM