My wife acquired some old photographs from years long ago, and I am quite frankly in awe of what I've seen.  Perhaps this is a phenomenon associated with second marriages*, but it's simply fascinating to see photographs of someone you love so dearly back from well before you knew them.  A small part of me seems to fall into a kind of wallowing, wishing I could have known her all those years ago.  The smarter part of me?  Well, it knows that, like any journey of note, you have to go "there" in order to get "here", and quite frankly "here" is where I am meant to be.


One of the reasons why I have a remarkable relationship with my wife is the fact that we've collectively been through a lot in life, up to the point where we discovered we were both occupying some of the same basic emotional space years ago (going through divorces, having career pressures, trying to be good parents, etc.).  Neither of us grew up in any sort of financial privilege, and both of us struggled with difficult relationships in our lives.  Seeing some of these old photographs made me angry in a way because I know some of the stories from when they were taken until now, and part of me wishes I would have been around "back then" to offer some kind of protection from what was to come.  I confess that sounds pretty crazy, especially since, in reality, that's now how life works anyway.  Besides, my wife managed to do reasonably well for herself, in spite of my lack of protection.

It's times like this when I'm reminded of just how lucky a life I've lived.  I say lucky because it just seems that I had been put in the places and situations I've meant to be in, even if (make that "when") at the time I was absolutely certain that universe was conspiring against me...as if the universe, in its grandeur, actually would care what I was up to at any given moment anyway.  It's this perspective that has helped me with my recent job change.  I just need to be more mindful of that fact more often, namely that the here and now is where I am meant to be;  it's where all of us are meant to be. 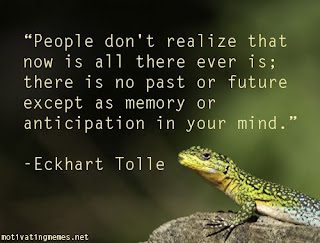 (Wisdom from THIS page)

So looking at these photographs is certainly a different kind of experience for me.  But I think that, in totality, this is a kind of symbol...a reminder if you will...telegraphed from some other place to tell me that the past is relevant only to the extent that it can help us understand and (more importantly for me) appreciate the now.  Hopefully, the me of 5 years from now will look back at old photos from now and smile, ear to ear.

(Probably not the best matching sentiment for this posting, but hey, I like the song.)


(*) If you are in a second marriage, how did it feel when you looked at old photographs of your current spouse, back from before you knew them?  Odd?  Strange?  Unsettling?
Created By Stephen Albert at 8:59 PM