I enjoy reading about human behavior.  That's something of an odd statement coming from what appears, at least on the surface, to be a STEM kind of guy.  Yes, I spent two years in Engineering in college, and yes, I've taken enough college level math courses to likely qualify to teach it, but I also suffer from an almost unbridled mental wanderlust.  I just can't keep my mind turned off, and sometimes those though go to that greatest of mysteries:  Why do we act they way we do?

I haven't found many concrete answers, but I'm going to keep looking.

What have I learned?

Well, from Melody Beattie, I've learned that adults are always responsible for their own behavior, unless they are so unhinged that they actually require institutionalization (my words, not hers).

From Dr. Hunter S. Thompson, I've learned that it's perfectly okay to be a little bit weird.  Note that this is a great example of the difference between "learning" and "application".  The former I got in high school; the latter is a work in progress to this very day. 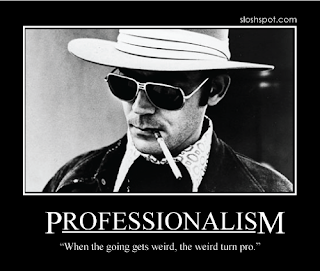 From Eckhart Tolle I've learned to always "be present in the moment".  Not exactly easy for me, but I'm always up for a challenge.  In other news, I just got a new (actually old) Tolle book to read.  His are the simplest most complex things in the world.

From Donald Trump I've learned that it's entirely possible to sell just about anything.

From my daughters I've learned that what we do, especially as parents, has consequences.  When I look back over the past 30 years, sometimes I see a lot of turmoil.  When I deeply ponder things though, I realize that it was all worth it, because I ended up with three wonderful, professional young women that actually, truly, honestly call me "Dad".  I could fail at everything else in my life, but end up being a success simply because of them.

From Daniel Goleman, I've learned many things, including the fact that empathy is an actual, real super-power that's ours for the taking.

"Empathy in leadership is particularly important for three reasons: the increasing use of teams, the rapid pace of globalization, and the growing need to retain talent. As anyone who has ever been part of a team can attest, teams are cauldrons of bubbling emotions. They are often charged with reaching a consensus - which is hard enough to do with two people, and much more difficult as the numbers increase. A teams's leader must be able to sense and understand the viewpoints of everyone around the table. The result is not just heightened collaboration among team members, but also growth in business."

From Gordon Livingston, M.D., I've learned that if the ground doesn't agree with the map, then the map is wrong.  Ponder that one for a moment.  How often do we end up following maps in our life that are wrong?

From my (late) Mom, I've learned the value of punctuality.  And cleanliness.  And the cost of harboring bitter feelings for far too long.

From recent events in my life, I've learned that I'm sometimes guilty of pridefullness.  This is not something I really wanted to admit, but while I'm being honest about "learn'n", it should be on the list.  In the end, things like job titles and salary figures are important, but they are far less important than the value of simply showing up at work, trying to make a difference, and them coming home.  Really coming home, by the way, both physically and mentally.

From my wife, I've learned that I must be relatively okay, otherwise she would have nothing to do with me.  I know, that sounds horribly self-effacing, and a tab bit over the top, but buried deep within the comment is a chunk of reality:  The company we keep says a lot about us, whether we want to admit that or not. 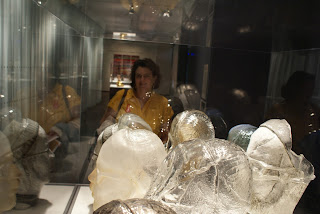 From Brene Brown I've learned many things, including the value of just simply showing up. 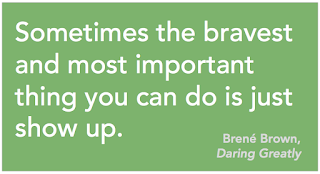 When I find myself not knowing what to do, simply moving forward has seemed to work reasonably well.  The importance of how you show up is something that I learned from a prior leader a few years ago.

I could go on, but what's the point?  This kind of stuff...this important work...never really ends anyway.  Or at least it shouldn't.  At least not for me.


Created By Stephen Albert at 8:24 PM