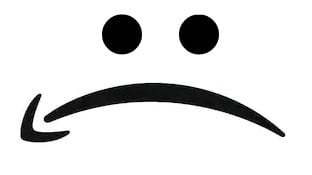 The important news that you may not be aware of is a unionization drive at an Amazon warehouse in Alabama.  This is a very, very big deal that could have an impact far wider than just one of the many Amazon locations.  I consider myself mostly neutral when it comes to unionization; by and large, I think employers which have a labor union are in that situation because they deserve it.
https://www.cnn.com/2021/03/26/tech/amazon-bessemer-union/index.html
Amazon is a test case though in what's wrong with many employers in the United States today.  As my former Labor Law instructor at Villanova recently said on LinkedIn...
Amazon's pitch is "Don't let the unions come between our relationship".
A warehouse employee counters that by saying "But we don't have a relationship.  We have a relationship with a computer and an app".
The above also exists in an environment where Amazon employees are afraid to use the bathroom while at work* as the company relentlessly drives for more efficiency and productivity.  Oh, and the company was founded by one (if not the) richest man on Earth.  Now I like getting my Amazon packages quickly with my Prime membership, but I would not complain if I waited an extra day for delivery in order to make sure that Amazon employees are treated more like human beings than a piece of machinery.
Granted, unionization isn't always the best answer to addressing employee issues, but sometimes it may be the only answer that's left for employees.  As a professional, this makes me truly sad.  I believe to my very core that individuals are capable of representation themselves...they don't need an intermediary...but what happens when the leadership of an organization won't actually listen to individuals?
There are better ways out there to do things from a labor-management perspective.  It's worth looking at, for example, how things are done in Germany.
https://www.howtogermany.com/pages/german-workplace-organizations.html
As it stands though, I can't help but support the workers who want to organize in Alabama.  What other choice is left for them?
(*) Citation:
https://www.theverge.com/2018/4/16/17243026/amazon-warehouse-jobs-worker-conditions-bathroom-breaks
Created By Stephen Albert at 8:02 AM