A Ritual Purification (of sorts) 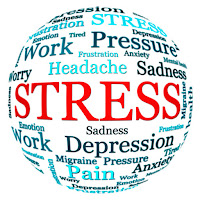 I was having a conversation with someone I support at work last Friday, similar to one I had with my boss as well, about how learning to deal with adversity at work is a necessity.  In this particular case, the issue is a difficult personal dynamic between two individuals.  Some leaders deal with these kinds of situations by removing the dynamic (i.e. basically removing one of the people in question from the situation).  I do think this is a mistake.

Why?  The White Album.  Rumors.  Just to name two.

In case you don't get the reference, these are two classic albums that share something in common, namely a tremendous amout of stress during their creations.  I can cite other examples, all of which would make any and all think that I have far too much time on my hands, but the point is made:  A certain amount of tension can help produce great results.

It's not just that tension and stress can sometimes bring about great results, it's also that a certain amount of this stuff simply makes us better, provided that allow ourselves to learn from the experience.  I can think of a few examples in my own professional life where I worked for folks who were just very difficult (at least for me).  I still somewhat cringe at some of these memories, but I know for an absolute fact that I also learned a lot from these folks.  As they say about making hotdogs, the process wasn't all that pretty, but I'm more or less happy with the result.

Getting back to the first paragraph, I concede that we can't force people to work together...well we can certainly try, but it may end up being counter-productive (think squeezing jello:  Sometimes the harder you squeeze, the more you lose between your fingers).  The better way is to try and get folks to simply try to work through their difficulties.  We don't have to like everyone we encounter, but I do think it's important to always assume positive intent(1), especially in those where our natural instinct may be to assume the exact opposite.  Even if someone is, in reality, a serial dirtbag of a human being, sometimes a little "forced consciousness expansion"(2) can be a good thing.  This is, of course, tempered in the reality that nothing lasts forever anyway.

On a related note, maybe I'm channeling more of myself that I realize in the above posting.  The underlying reality has been that up until about 90 days ago, I struggled professionally.  My new job, what happened about 90 days ago, is going well.  Before then?  Less so. Dramatically less so.  In fact, I'd say that the period of July 2018 to July 2019 was the worst time in all of my professional life.  There's almost something ironic about that statement, in part because during this period I had a terrific boss (who I would gladly work for again) and wonderful fellow team-mates.  Everything else?  Well let's just say I wasn't a good fit for the organization, and the organization wasn't a good fit for me.  If ever there was an employer-employee mismatch, well, it was then.

Looking back over this above referenced period, I can't yet see how that tension has helped me grow.  What I see instead is a kind of scar, covering up damage where I began to question my professional value and the choice I've made over the years.  Maybe that's the point though:  Sometimes the sole purpose of a difficult experience is to simply prepare us for something else...something better...maybe a ritual purification(3) of sorts.

(1) Actually learned by me, for the most part, from someone who was very difficult to work with many years ago.


“No sympathy for the devil; keep that in mind. Buy the ticket, take the ride...and if it occasionally gets a little heavier than what you had in mind, well...maybe chalk it up to forced consciousness expansion: Tune in, freak out, get beaten.”


Created By Stephen Albert at 9:52 PM