Zen and the Art of Managing Photos

One of the things in life that I find both calming and satisfying is organizing things.  That may sound odd, but I think it feeds into the fact that what I've spent most of my professional life doing doesn't always deliver quick and tangible results.  Taking a pile of something disorganized and turning it into something that's useful and makes sense?  Infinitely satisfying.  And so it is this weekend that my major project was to re-organize my 29 gigabytes of photographs.

I had all of my photos in a folder on my desktop computer (backed up monthly onto a Western Digital 1 terabyte portable hard drive), but the organizational system left a lot to be desired.  In fact, I had trouble finding things and ended up not filing a ton of pictures.  Now, after about 4 hours of work, everything makes sense, and the organizational rules I put in place will make it easier to add more photographs in the future.  I was also able to eliminate a few hundred duplicate photos in the process.

Granted, the above isn't all the exciting to anyone but me.

The impetus for the above re-organization?  Probably threefold actually: 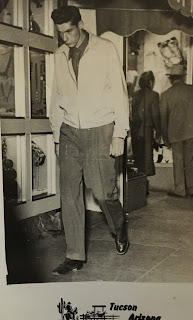 (Dad, late 40's I think; courtesy of my half-sister Theresa)

There is a fourth reason as well:  I'm trying to be more purposeful with my non-working time.  That sounds like a Harvard phrase for "less lazy", but it's actually not.  I feel as if I am missing opportunities in life sometimes.  Yes, we all need "down time", but I'm not at my best when I feel as if I lack a direction or purpose.  I need to have something to accomplish.  Thinking back over 2017, I was at my best when I had graduate school (which was also maddening on many, many levels) work.  At my worst?  I'd have to say that was when I would sit in this office, just looking at a computer screen, mostly trying to avoid grieving over the loss of a 28-year-old job and 51-year-old brother.  A failed strategy, and while I don't claim that organizing photographs is a cure, I think it's part of a larger acknowledgment of sorts. 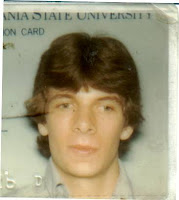 So yes, in a way of sorts there is a connection between grief and old photographs:  I sometimes find both equally embarrassing, but hiding either makes little sense.

Email ThisBlogThis!Share to TwitterShare to FacebookShare to Pinterest
Labels: Grieving, Me (Professional), Me. Deep Thoughts, Photography