Vacation by the Numbers

Approximate number of miles driven during the week.


700
The approximate number of feet we drove to get up to the top of Mount Defiance. 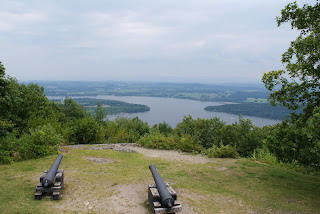 (At the top of Mount Defiance; in the distance, on the left, is Fort Ticonderoga) 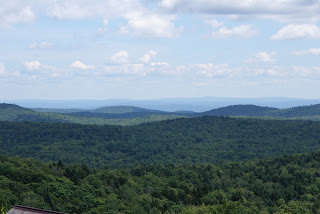 (The view from the hills of Vermont, looking South)
26
Approximate gas mileage obtained by the 2013 Chrysler Grand Caravan we rented for vacation.  Overall, I'd give the vehicle a rating of 7 (out of 10).  On the plus side?  It had a ton of space, an intuitive touchscreen audio system and a way cool back-up camera.  On the negative side?  The drivers seat was punishingly uncomfortable...it was oddly not centered with the steering wheel...and the brakes started to overheat as we descended down the mountain side in Vermont (not good for a vehicle with about 9500 miles on it).

12
Number of insect bites obtained by your's truly; note that "0" is the number of bites obtained by Ms Rivers during this same period.  Neither one of us used a repellent, which leaves me guessing as to why flying critters love me but despite her.  Perhaps flying insects are afraid of compliance officers as well. 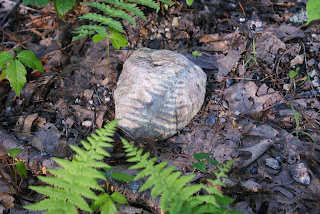 (Has nothing to do with insect bites, but just a cool picture of a fern shadow on a rock)

7
Number of states passed through during vacation.  That would be Pennsylvania, New Jersey, Connecticut, Massachusetts, New Hampshire, Vermont and New York.  I had to point New Jersey out on the map to convince some doubters (check it out for yourself:  if you take I84 from Scranton towards Connecticut, you pass through a tiny sliver of New Jersey before you enter New York).

6
Number of extended Rivers family members that we met at or after Fort Ticonderoga. 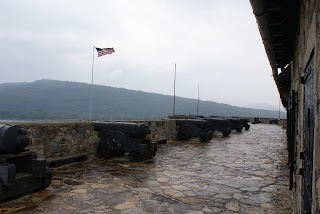 (Rows of cannon at Fort Ticonderoga)

5
Number of days left until the house goes on the market for sale.  Not that this has anything to do with vacation by the way.  Anyone want to buy a house?

4
The number of times I lost...but then found...the cap for the 55mm lens of my Sony Alpha.

3
Number of Revolutionary War battle & related sites we visited; specifically this would be Saratoga, Fort Ticonderoga and Mount Defiance. 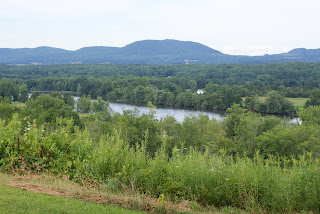 2
Number of Bald Eagles that I couldn't take a picture of in-flight because I brought the wrong camera to the lake on Tuesday.

1
Number of rainy days we had during the week...not bad actually!

Lastly, many thanks to Chris' aunt and uncle, Margaret & Jack Carlson, for allowing us to stay as guests at their house New Hampshire and for sharing their lake, their cats, their birds and their garden with us. 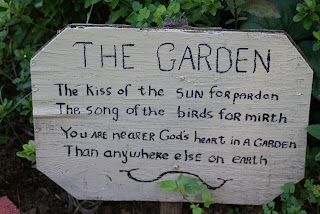 Created By Stephen Albert at 12:22 PM

Email ThisBlogThis!Share to TwitterShare to FacebookShare to Pinterest
Labels: C-S, Me, Photography