Non-Posting...It's rather humorous in that I have all these ideas swirling in my head about posting topics, but yet when the rubber hits the road so to speak these ideas most never seem to make it to the page.  I think it's just because I am so very busy these days.  I know, I know, that's a lame-arsed excuse, but it does have the benefit of being true.  In time though, one of the most powerful forces in the universe...Catholic Guilt...eventually compels me to starting writing again.

Sankta Lucia...I had the honor of attending the Sankta Lucia event at Old Swedes' Church in Philadelphia over the weekend.  It's amazing to hear a song that you normally hear in Italian sung in another language...namely Swedish.  In addition to the Christmas carols also being sung in Swedish, the story behind the celebration and participation of the children of Gloria Dei Episcopal Church made it a really nice event. 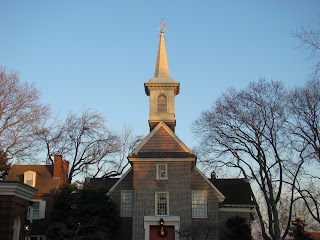 I don't know that you could ever get me to walk around burning candles on my head.  Then again I'm not a teenage girls, so the likelihood of this happening is not very good.  Many thanks to Ms Rivers for answering all my silly questions about the service and to my oldest daughter for coming along.  Before the service we had a chance to frequent some of the local merchants... 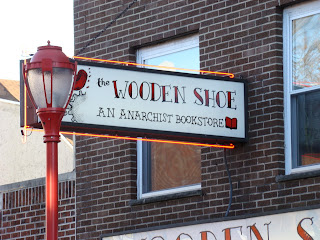 ...which thrilled my oldest daughter.  I found one book to be particularly interesting... 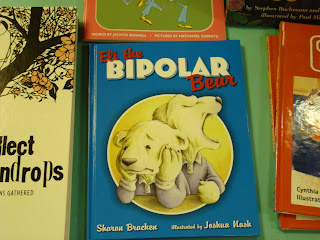 I am reasonably sure I am going to burn in Hell over that one.

Now if it would have been just a tad bit warmer.

Christmas Tree...For the record I have put up my small Christmas tree, although it has come down twice at the hands of Jean Luc the cat.  I may yet need to re-examine how and where I have this thing located.

Meanwhile, Back in the Jungle...Republicans in the House all of a sudden want to tie extending an ill-conceived tax holiday to an oil pipeline and Democrats react in righteous indignation (as if they have never tied two completely different things into a single piece of legislation before).  For the record, this tax holiday IS ill-conceived because it simply takes revenue out of the Social Security system revenue stream.  This is YET AGAIN another example of how disfunctional Washington DC really is:  both parties support this, yet if the problem is that people need more take-home pay, then cut the actual tax rates for Pete's sake.  I am beginning to think that the biggest force threatening America isn't global terrorism or something like that, instead it's POLITICAL PARTIES.  These are institutions that exist not for the greater good, but instead for the benefit of themselves.

Keeping a Promise...Okay, my blood pressure started to go up just thinking about those self-centered politicos in Washington DC, so I have to calm myself down.  As I write this, one chapter of my life in formally coming to an end and a new one is beginning.  Someone that helped me deal with all of this asked that I keep them posted on what is going on in my life, so I need to start working on a "here I am" letter.  Actually I confess to I started working on it last night.  Regardless, it's a virtue worth celebrating when we remember to thank someone for the help that they have provided.  I don't do that enough.
Created By Stephen Albert at 5:27 PM