What They Don't Tell You About Getting Older

WebMD has a terrific service whereby they send you educational quizzes and slideshows on health-related topics.  It's well worth subscribing to, even if you're just casually interested in being healthier.  A recent topic is entitled "14 Surprising Facts About Getting Older".  I haven't looked at it yet, and likely won't until after I'm done with this posting.  It will be interesting to compare notes, eventually.

Anyway, here is my listing of things they (whoever "they" are) don't tell you about getting older.

Item #1:  With Age Comes (Some) Wisdom
I don't feel "old smart" yet.  In fact, I'm not sure how much smarter I am now than I was, say, 10 years ago.  Rather than smarts, I think what you gain with age is an experience.  You simply live through more stuff and provided that such things don't drive you insane, well, you're able to somehow leverage it for the better.

Item #2:  You May Outlive People You Care About
I have a confidant that tells me that losing a sibling is like joining a kind of exclusive club, although it's a club you really don't want to join.  As some may know, I lost my younger brother in January 2017.  I do think about him often, and, well, I'm not sure I will ever be "over it".  At one point in time in my life, I would wonder how some folks just seem to hang on to grief for what seems like so very long.  Now I know. 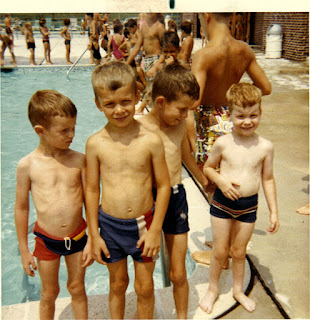 Fun fact:  The very first thing my brother Chris said to my (now) wife Chris was, in fact, a midget joke.  With apologies for the use of the word "midget".  Yes, that was my brother Chris.  Not to be outdone, the first thing wife's Dad (an Episcopal priest), along with her Uncle Dick (a retired corporate lawyer), ever said to me was a Dolly Parton joke.

Item #3:  Pain
Some things just are physically painful when you get older.  Osteoarthritis is something that just seems to happen as a result of an active life, and I've had, to date, an active life.  In my case, it's in my right big toe.  So if you see me walking funny, well, that's why, although it does somewhat look like I am interviewing for a position at the Ministry of Silly Walks.

Item #4:  You Get Tired
I just get tired more easily.  It's as if in my head I'm still 25 years old, but the physical machinery, well, that's a bit older.  It would probably help if I slept better, but alas, sleep and I don't have a very good relationship.

Item #5:  You Think About Things (you never would think about before)
N.B.:  I am healthy and not going anywhere.

The above noted, as I've gotten older, I've actually thought about my own funeral, burial, etc.  In fact, one of these days I'm actually going to write stuff down.  Be forewarned, as this might be the first funeral ever to feature ABBA.

Item #6:  Some Things Don't Change...
When I think back to where my head was, say, in my early 20's, I wasn't quite sure what I actually wanted to be when I "grew up".  A few decades have passed, and I honestly still can't fully answer that question.  I do know this much though:  I enjoy helping people.

Item #7:...But Your Life Can Radically Change
At age 40 I never could have conceived of what my life is like now in my 50's.  When you're (or make that "I was") younger, you lack the perspective in many cases of just how your life can be turned on its head.  Sometimes for bad, sometimes for good. 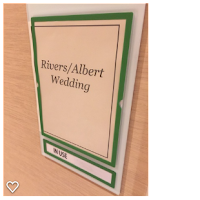 Item #8:  You Want Less Stuff
I'm simply less interested in stuff.  In the past, well, I loved "stuff".  I have a small hardware store's worth of tools to prove that point.  Now?  Rampant consumption has just lost its luster.  In fact, I'm looking for ways to actually have less stuff.

Item #9:  "Modern" Music Will Stink
I don't know when I made the transition, but at some point, it became clear that more modern music is simply horrible.  Try as I might to actually enjoy, say, Arcade Fire, I just don't get it.  And I don't even think Arcade Fire is actually "modern" anymore.  Electronic Dance Music (EDM)?  It honestly sounds like something the government would use to torture ISIS prisoners.  I'd much rather listen to the Pretender's album Learning to Crawl for about the 80th time.


Item #10:  Connections Will Matter More
The older I get, the more value I see in staying connected with others.  Granted that I'm pretty horrible at it...a fact born out of decades of (lack of) practice...but never the less, I now see the value of connection more than I ever have in my life.  I'm working on getting better.

Created By Stephen Albert at 10:51 PM

Email ThisBlogThis!Share to TwitterShare to FacebookShare to Pinterest
Labels: Family, Grieving, Me, Me (Professional), Music